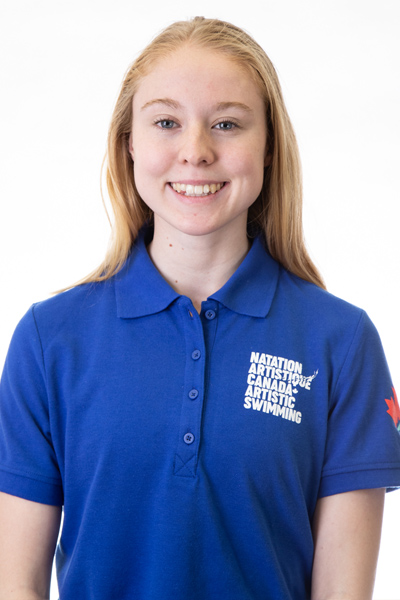 2019: Served as alternate to the technical and free team routines at the Pan American Games and the FINA World Championships… Placed fourth in highlight at worlds…Competed in the highlight event at the Quebec City world series stop and at the Super Final in Budapest…Served as alternate most of the season for both team events throughout the world series.

2018: Competed in the junior team at the FINA Jr. World Championships… Placed seventh in technical and free team…Also competed at the French Open with her province team.

Click here for all coverage related to Catherine Barrett.