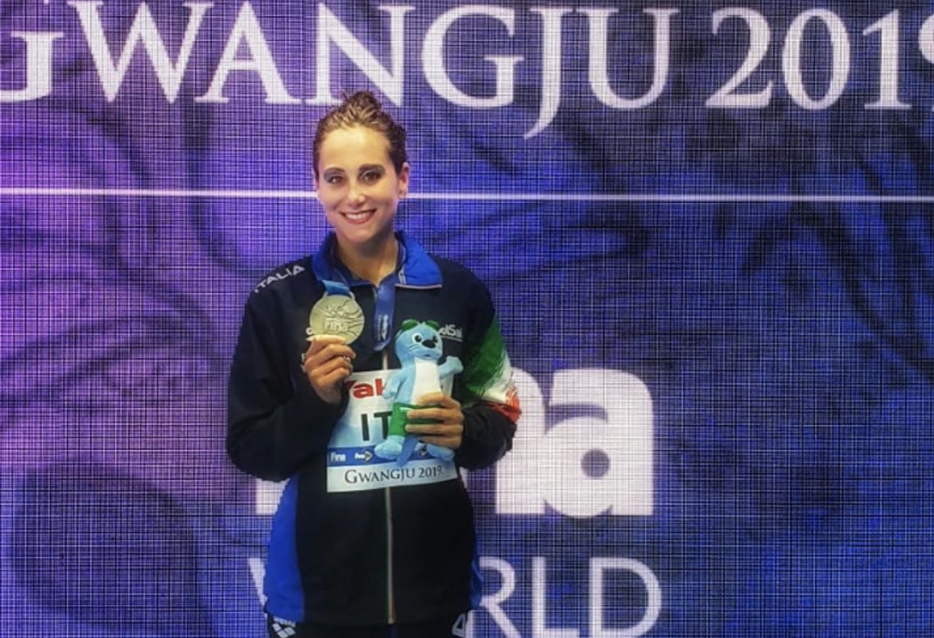 2021: Did not compete internationally

2019: Won silver in highlight at the FINA World Championships, Italy’s first world medal in a team event… Also placed fifth in free team and free combination at that competition… Served as alternate to the technical team routine.

2018: Earned one silver and one bronze medal at the European Championships in the combo and free team events…Served as alternate for the technical team.

2017:  Competed at the FINA World Championships where she placed fifth in technical (reserve) and free team, and fourth in combo.

2016: Did not see action internationally.

Click here for all coverage related to Alessia Pezone.