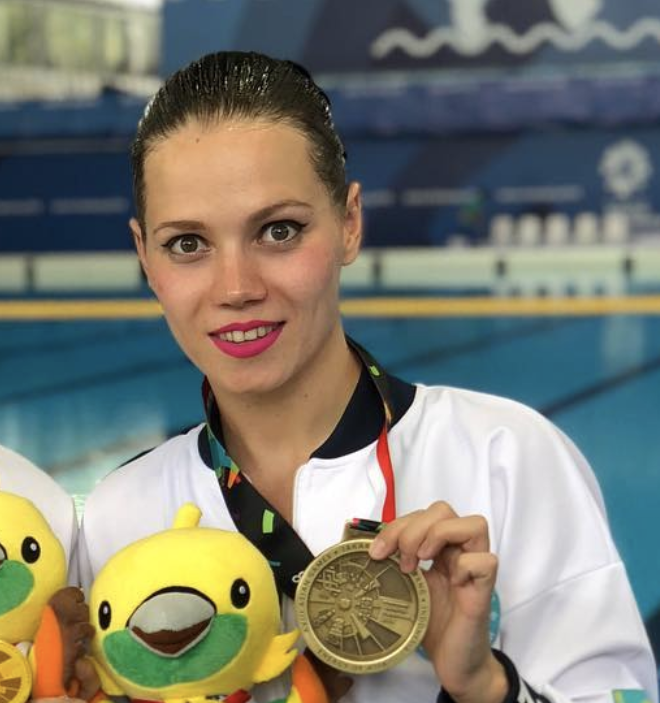 2018: Won bronze in duet at the Asian Games… Finished fourth in the team event there… Also competed at two world series meets in duet – Tokyo and La Mirada, Calif.

2017: Made history for Kazakhstan by qualifying to a free duet world final for the first time… Finished 12th in free duet, 12th in free combination and 13th in technical duet in Budapest… Also competed in Tokyo at the Japan Open.

Click here for all coverage related to Alexandra Nemich.