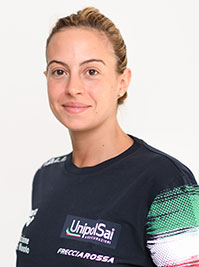 2017: Competed at the FINA World Championships where she placed fourth in combo… Was alternate to the free team that placed fifth.

2016: Served as alternate to the free team and free combination routines at the European Championships.

Click here for all coverage related to Costanza Di Camillo.