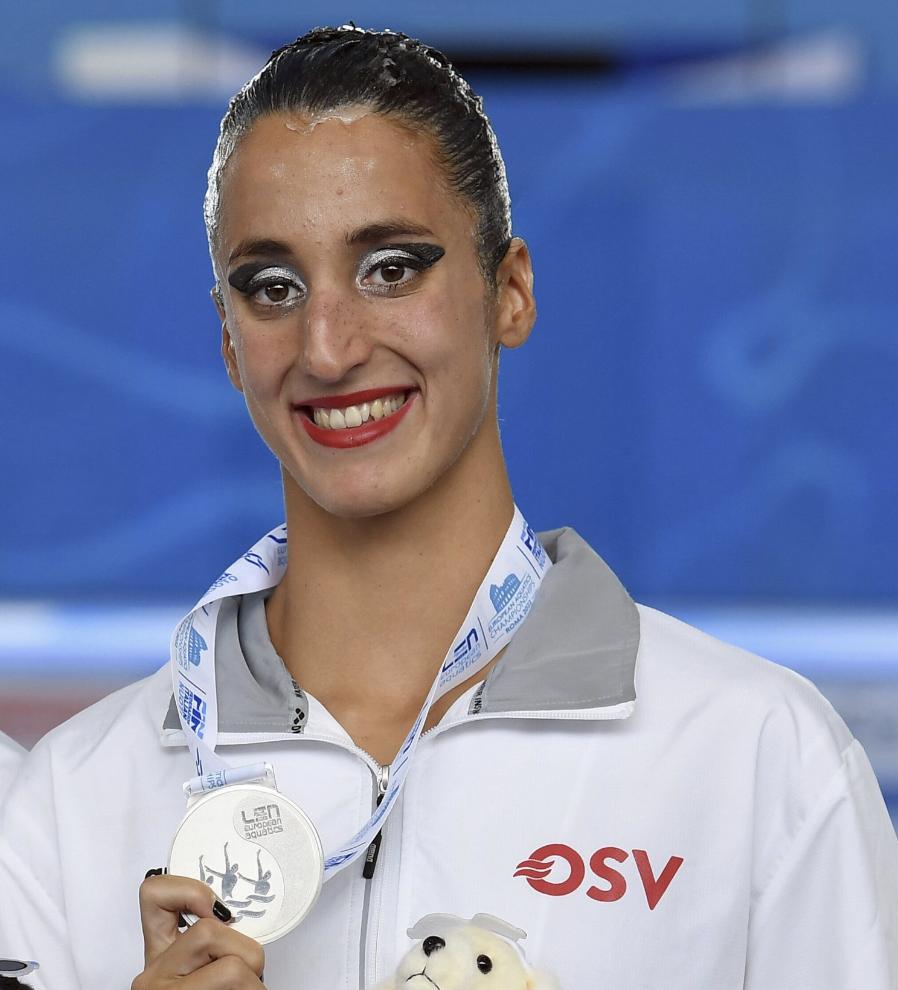 2022: Won two bronze medals in technical and free duet at the World Championships… Earned two silver medals in both duets at the European Championships… Also competed in the third World Series leg (virtual) and the Super Final in Athens.

2019: Finished eighth in technical duet and 10th in free duet at the FINA World Championships…Swam at two world series meets – Kazan and Tokyo – in the technical duet event only.

2018: Focused on the duet event only…Placed fifth in tech and seventh in free duet at the European Championships in Glasgow…Competed in five world series meets – Paris, Beijing, Tokyo, Budapest and Surrey – in these two events.

2017: Placed eighth in technical duet and ninth in free duet at the World Championships…Competed at the MUFE French Open in the duet, team and free combination events..

2016:  Placed 12th in duet at the Olympics in Rio de Janeiro, Brazil…Finished fifth in both duet events at the European Championships in London… Placed sixth at the Rio Test Event, thus notching a qualifying spot to the Olympic Games for Austria in the duet… Competed at the MUFE French Open.

Click here for all coverage related to Eirini-Marina Alexandri.