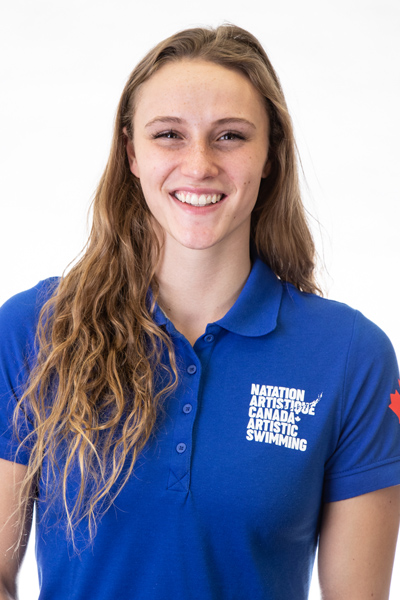 2022:  Did not compete internationally.

2019: Won gold in team at the Pan American Games and qualified the country to the Olympics in the event…Placed fourth in highlight, and sixth in technical team and free team at the FINA World Championships… Competed in four world series events – Alexandroupoli, Tokyo, Beijing, Quebec City – and the Super Final in Budapest… Helped Canada win the overall world series title…Served as alternate to the duet all season…Competed in the solo events during the world series meets, and in the technical duet with Andree-Anne Cote.

2017: Member of the senior ‘NextGen’ national team..Competed in solo, duet and team at the Synchro America Open.

Click here for all coverage related to Halle Pratt.