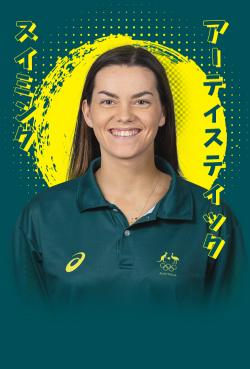 2021: Announced retirement from the team and the Olympics in July due to injury.

2019: Placed 22nd in free team at the FINA World Championships…  Also competed at the Japan Open in the team events.

Click here for all coverage related to Hannah Cross.