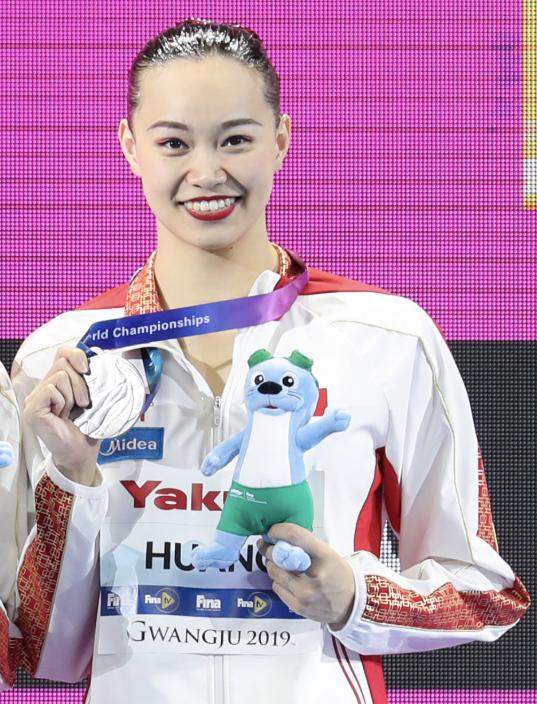 2021: Won silver in the duet and team events at the Tokyo Olympic Games… Won two gold medals in duet and team and a bronze in free combination at the National Games of China.

2019: Returned to elite after a two-year hiatus and starting a family…Won four silver medals in technical and free duet, technical and free team at the 2019 FINA World Championships… Also competed at the Canada Open in the duet and team (gold in all four events)… Served as alternate to the free combination routine at worlds.

2016: Won two silver medal at the Olympic Games in Rio de Janeiro in duet and team.

Click here for all coverage related to Huang Xuechen.