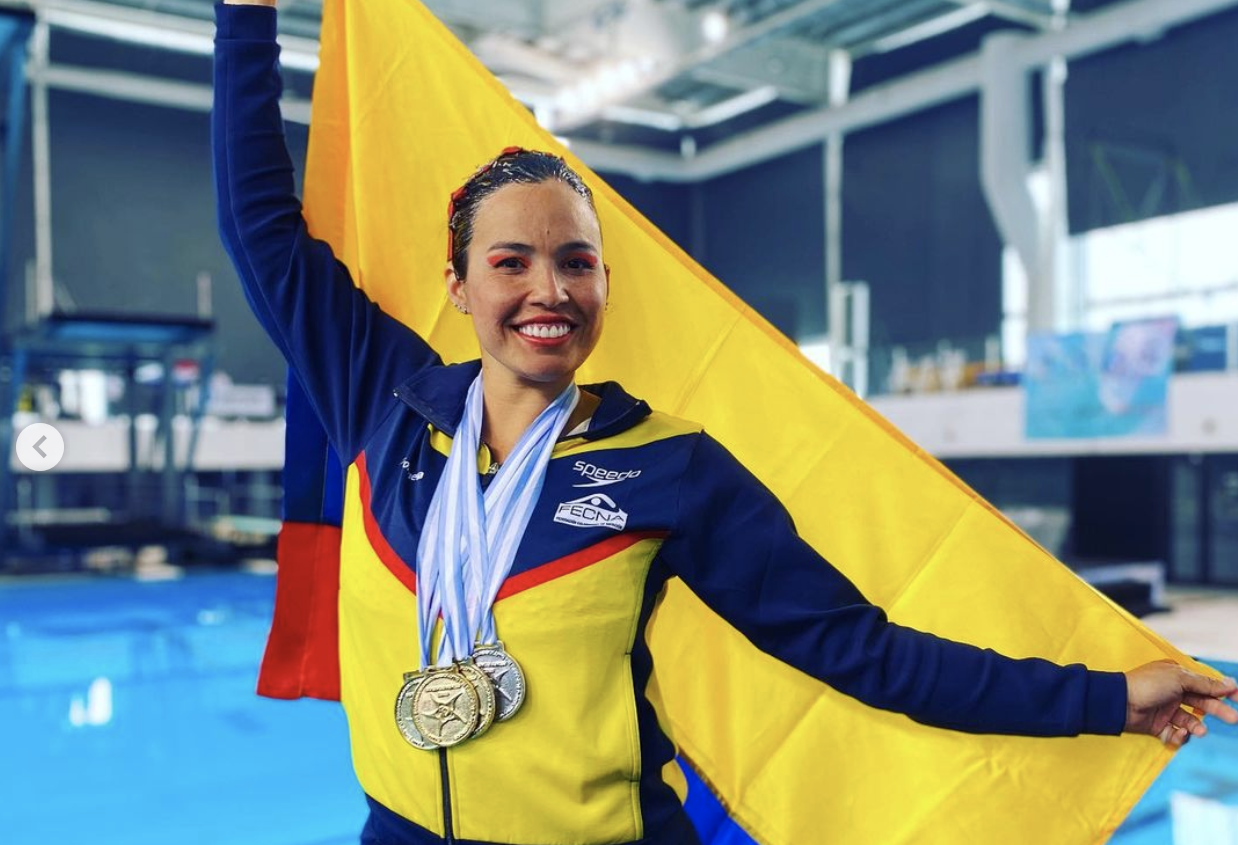 On the senior national team since 2011… Competed at the 2011, 2013, 2019 and 2022 FINA World Championships… Also participated in the 2012 Olympic Games Qualification Tournament in duet… Swam at the 2011 and 2019 Pan American Games… Has competed in every possible artistic swimming event (all 10!) on the international stage throughout her senior career… Now competes in the mixed duet event alongside Gustavo Sanchez since 2018, and continues to swim in the team routines.

2021: Won gold in mixed duet, team and highlight at the South American Championships… Also earned a silver in free combination.

2019: Finished eighth in technical and free mixed duet at the World Championships… Placed fifth in team at the Pan American Games… Also swam at the Synchro America Open.

Click here for all coverage related to Jennifer Cerquera.