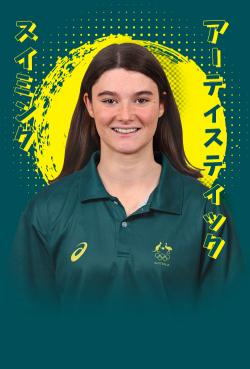 2021: Placed ninth in team at the Olympic Games.

2019: Sidelined from the FINA World Championships because of a concussion…  Competed at the Japan Open in the team events and at the Canada Open in the duet and team routines.

2018: Finished 19th in free team, 25th in technical solo, 26th in free solo and 28th in free duet at the FINA Junior World Championships… Also swam at the Japan in the duet event, and at the Synchro America Open in the duet and team routines.

Click here for all coverage related to Kiera Gazzard.