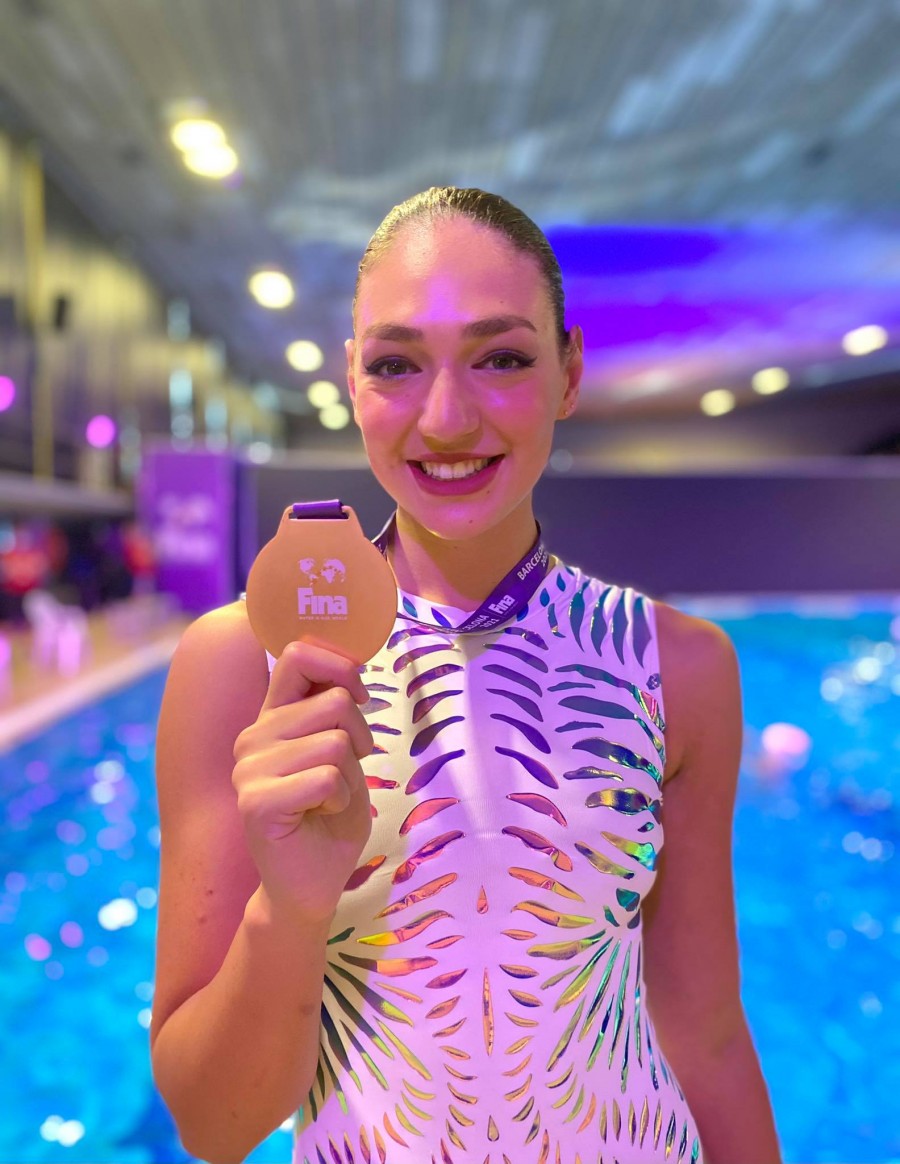 2021: Selected for the Olympic team… Ultimately could not swim in Tokyo because of a Covid-19 outbreak within the team on-site… Earned a bronze medal and helped team secure spot to Tokyo at the Olympic Games Qualification Tournament… Won silver in free combination at the European Championships.

2019: Competed in both senior and 13-15 age categories…Placed sixth in free combination, and eighth in technical and free team at the FINA World Championships…Won two bronze medals in technical and free team at the European Cup… Also competed at the Hellas Beetles Cup with the senior team and in solo… Swam at the inaugural FINA Youth World Championships, and placed ninth in duet and 10th in solo and team… Served as alternate to the free combination there.

2018: Won four bronze medals and a silver at the COMEN Cup across all four events and both Open and COMEN rankings (solo, duet, team, and combo).