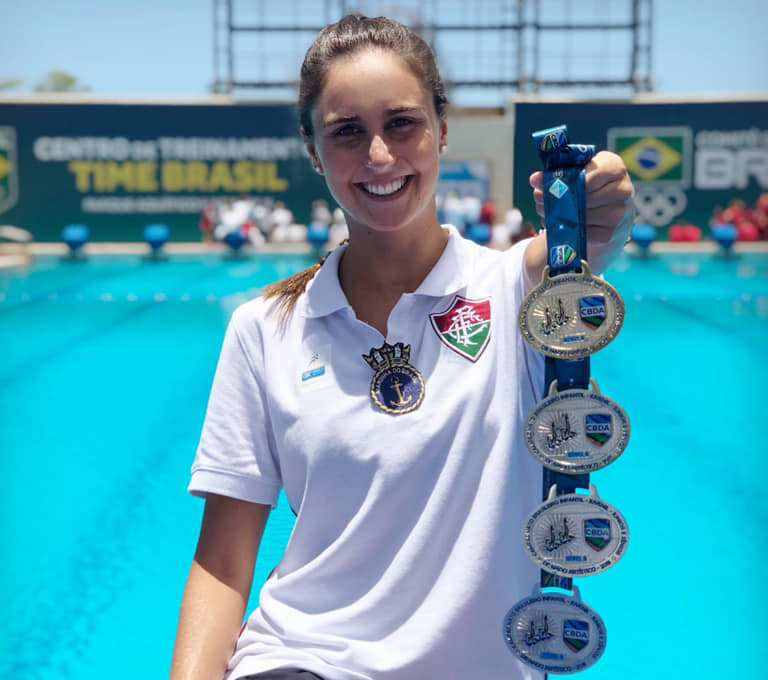 2021: Placed 12th in duet at the Olympic Games Qualification Tournament.

2019: Placed fourth in duet and team at the Pan American Games… At the world championships, finished eighth in free combination, 15th in technical team, 16th in free team, and 17th in technical duet… Also swam at the French Open.

2017: Finished 15th in technical and duet at the world championships…Won two silver at the Chile Open… Competed in the free mixed duet on the national circuit.

Click here for all coverage related to Luisa Borges.