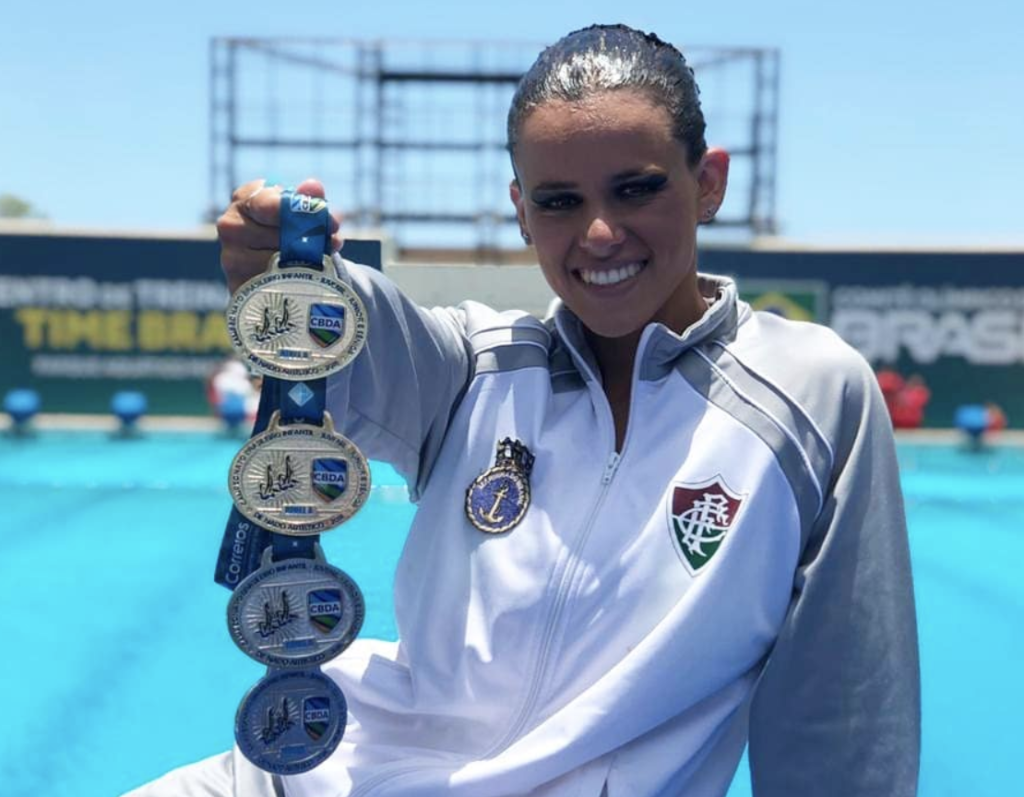 2021: Served as reserve to the duet all season… Won gold in free combination, and silver in team and highlight at the South American Championships.

2017: Saw no international action as Brazil did not send a team to worlds.

Click here for all coverage related to Maria Bruno.