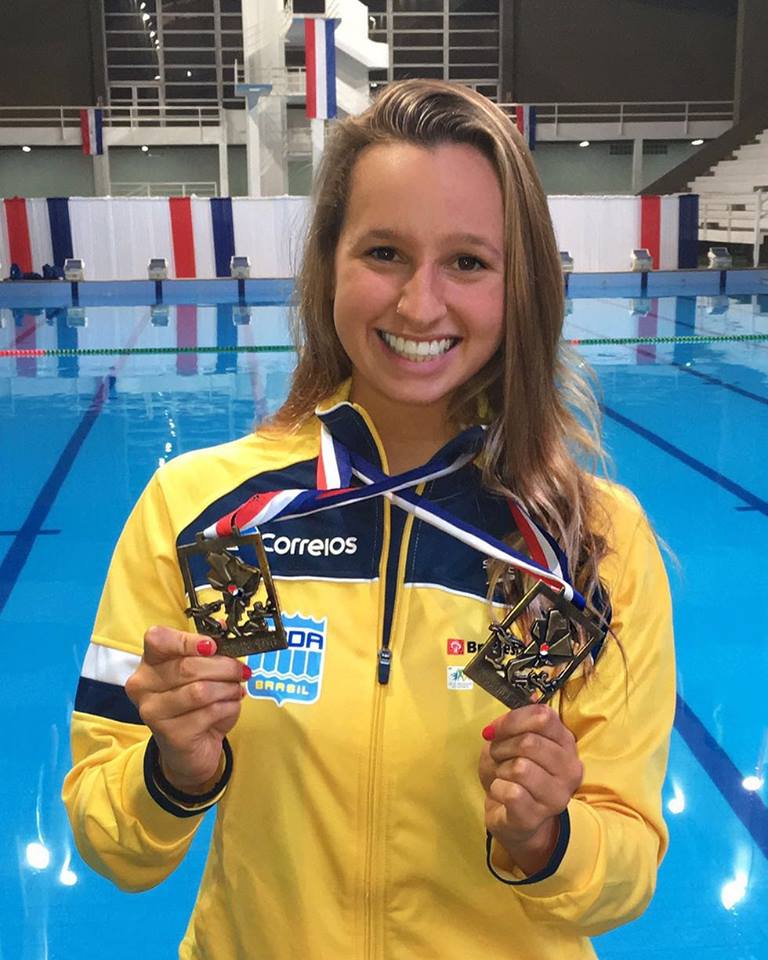 2021: Won gold in free combination, and silver in team and highlight at the South American Championships.

2019: At the world championships, finished 17th in technical duet… Had to abruptly leave the competition after receiving results of a positive doping test to furosemide done prior to the competition… Missed the rest of the events and of the season… Had swam at the French Open earlier in the year.

2017: Finished 15th in free solo, technical and free duet at the world championships…Won two silver at the Chile Open in duets and gold in free solo.

Click here for all coverage related to Maria Clara Lobo.