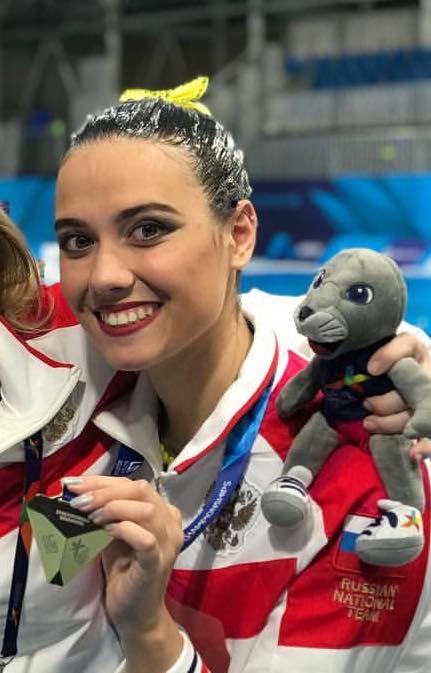 2021: Became European champion in the technical mixed duet…  Competed in three FINA World Series legs – Budapest, Kazan, Canada virtual – and the Super Final in Barcelona… Served as reserve to the free mixed duet all season, except for the Super Final, where she swam it and was designated as reserve for tech.

2018:  Joined the senior ranks and was partnered with Aleksandr Maltsev in the mixed duet… Earned two gold medals at the 2018 European Championships in Glasgow, Scotland in the technical and free mixed duet events… Won gold in the free mixed duet at the Hellas Beetles Cup and at the French Open.

Click here for all coverage related to Maya Gurbanberdieva