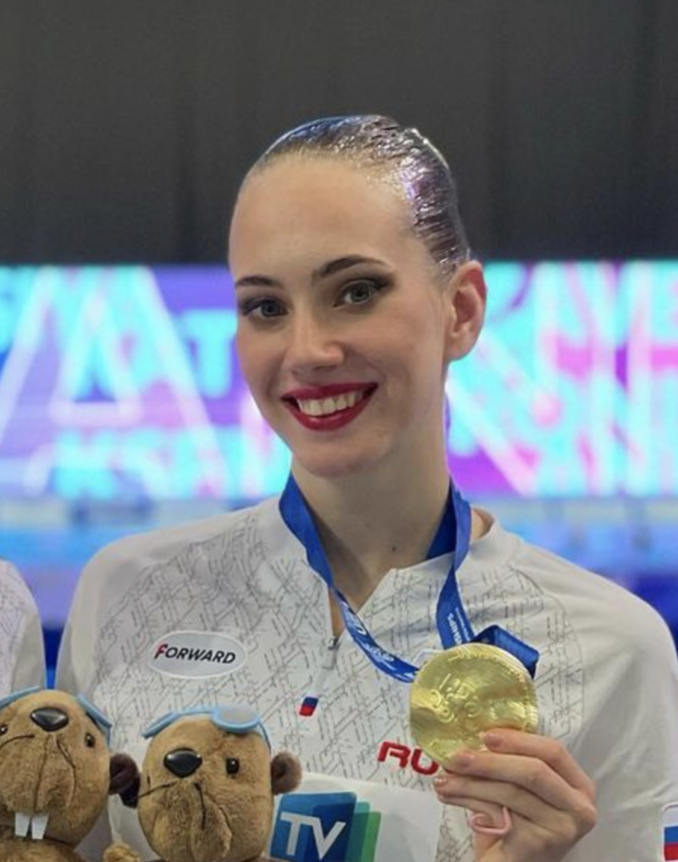 2022: Active member of the national team… Did not compete internationally after FINA banned athletes from Russia and Belarus from its competitions due to the nations’ involvement in the invasion of Ukraine and the breach of the Olympic Truce… Did compete domestically in the mixed duet.

2021: Became European champion in the free mixed duet…  Competed in three FINA World Series legs – Budapest, Kazan, Canada virtual – and the Super Final in Barcelona… Served as reserve to the technical mixed duet all season, except for the Super Final, where she swam it and was designated as reserve for free.

2020: Named as part of the mixed duet in February… Did not compete internationally due to the COVID-19 pandemic and the cancellation of all meets…

Click here for all coverage related to Olesya Platonova.