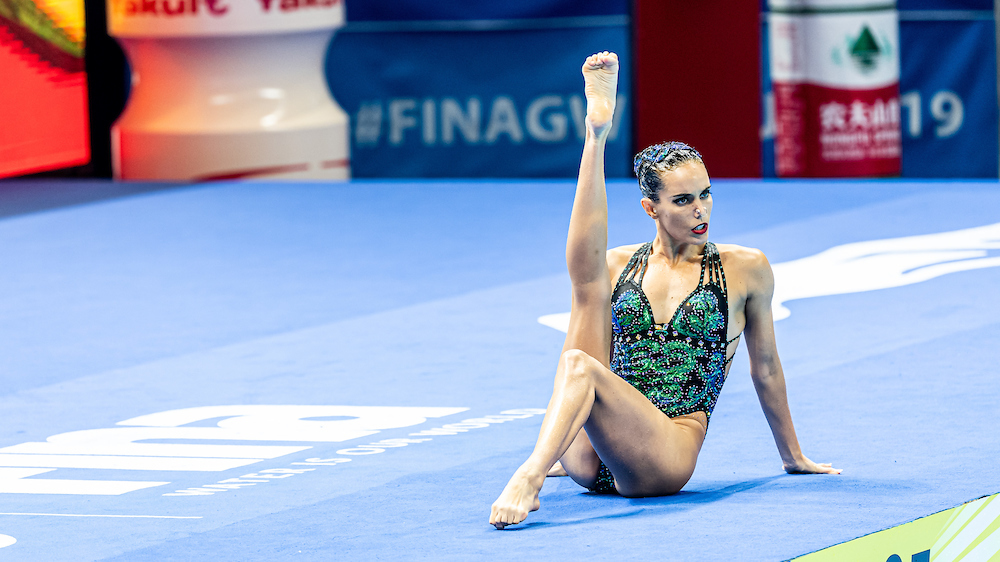 2020: Announced in September 2019 that she would step away temporarily and not be in contention for the Olympics… Returned to elite training in the fall of 2020 following the postponement of the Games and after giving birth to her son.

2019: Returned to elite competition…Became the most decorated FINA female athlete after winning three more medals at Worlds… Won two silver medals at the FINA World Championships in technical and free solo, and won bronze in the highlight event… Placed fifth in the free duet and sixth in free team… Won silver in free team at the European Cup, and bronze in free duet… Competed in three FINA World Series meets – Paris, Tokyo, Barcelona – and the Super Final in Budapest… Served as alternate to the technical duet and technical team throughout the season.

2018: Took the year off to focus on her studies and other personal projects… Only competed at the French Open in the free combination event, where she won gold.

2017: Competed extensively in the solo and duet events…Won two silver medals at the World Championships in Budapest, Hungary… Won every other competition she entered throughout the season in either solo or duet… Winner of the solo category of the inaugural FINA World Series…Did not partake in the team events.

2016:  Competed at the Olympics in Rio de Janeiro in duet and placed fifth…Won the U.S. Open, the Spanish Open, and the MUFE French Open in duet… Sustained a concussion during the 2016 Olympic Test Event and was unable to swim the free team.

Click here for all coverage related to Ona Carbonell.