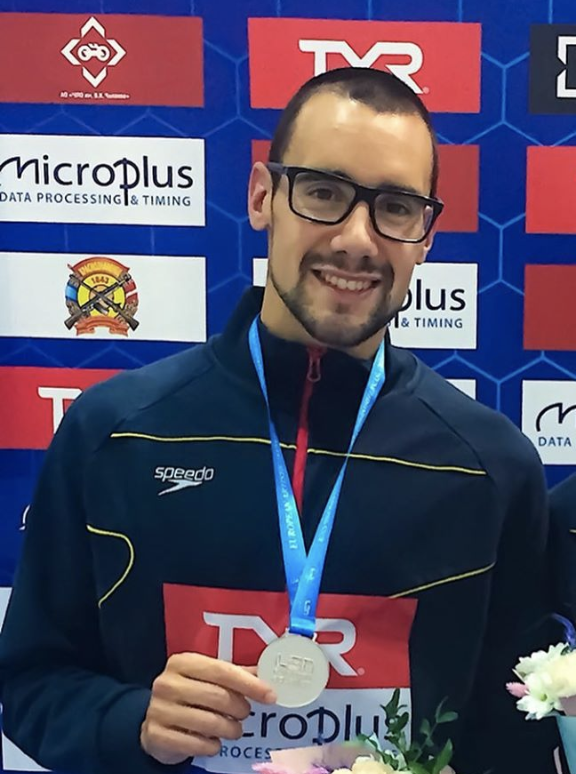 On the senior national team since 2015… Competed at the 2015, 2017, 2019  and 2022 FINA World Championships… Participated in the first-ever mixed free duet event at a World Championship in 2015 with Gemma Mengual, where they finished fifth… Four-time silver medalist and four-time bronze medalist in the mixed duet at the European Championships.

2022: Placed fourth in technical and free mixed duet there… Earned two silver medals in both mixed duet events at the European Championships… Competed in the entire FINA World Series circuit and the Super Final in Athens as well.

2020: Swam at the French Open, the first and only stop of the world series for the season… Won two gold medals in technical and free mixed duets… Did not compete internationally thereafter due to the COVID-19 pandemic and the cancellation of all meets.

2019: Paired with Emma Garcia for this season… Placed fifth in free and sixth in technical mixed duets at the FINA World Championships… Won two silver medals in both events at the European Cup…Competed in three FINA World Series meets – Paris, Tokyo, Barcelona – and the Super Final in Budapest.

Click here for all coverage related to Pau Ribes.