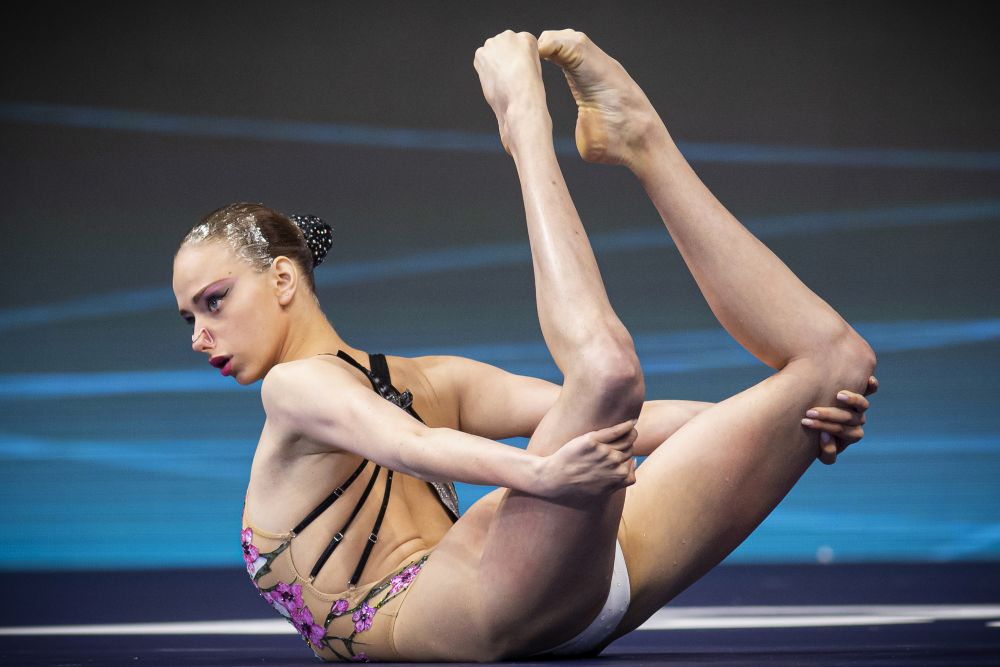 2022: Active member of the national team… Did not compete internationally after FINA banned athletes from Russia and Belarus from its competitions due to the nations’ involvement in the invasion of Ukraine and the breach of the Olympic Truce… Did compete domestically in solo and duet.

2021: Became European champion in free solo… Suffered a ruptured eardrum shortly before that meet, and ultimately was out of contention for the Olympic team.

2019: Won two gold medals at the 2019 FINA World Championships in free team and free combination… Swam in the free team at the European Cup in St. Petersburg and helped the team qualify to the 2020 Olympics… Competed as part of the free team routines all season, and won gold at the Russian Nationals (ASWS #3) and the Spanish Open (ASWS #8)… Served as alternate to the technical routine all season and both duet routines at Worlds.

2017: Saw little action internationally… Did not compete in the junior category… Was alternate for the duet and team routines at the FINA World Championships in Budapest, Hungary.

Click here for all coverage related to Varvara Subbotina.