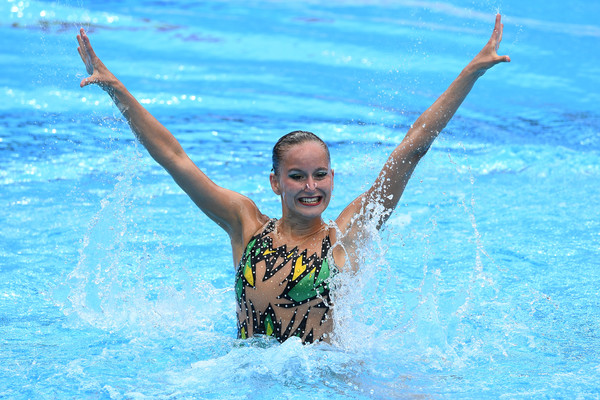 Soloist for the Swiss team since her junior days… Competed at the 2017 and 2019 FINA World Championships… Swam at the 2016 and 2018 European Championships…Represented Switzerland at the 2015 European Games in solo, team and combo.

2020: Swam at the French Open, the first and only stop of the world series for the season… Placed sixth in technical duet and seventh in free duet… Did not compete internationally thereafter due to the COVID-19 pandemic and the cancellation of all meets.

2019: Placed 13th in technical team, 14th in free solo, 17th in free duet and 18th in technical duet at the FINA World Championships… Competed in the Paris world series meet… Officially selected as part of the Olympic duet after that competition.

2018: Competed in the solo and duet events at the European Championships… Finished 10th in free duet, 11th in technical duet and 12th in technical and free solo… Also competed at the FINA World Series in Madrid and Budapest… Competed in the duet in the winter at the Russian Cup and the Ukrainian Open as part of the Olympic duet selection with Noemi Peschl.

2016: Competed in both junior and senior categories… Finished sixth in technical team, free team, and combo at the European Championships… Competed at the junior European and junior World Championships.

Click here for all coverage related to Vivienne Koch.