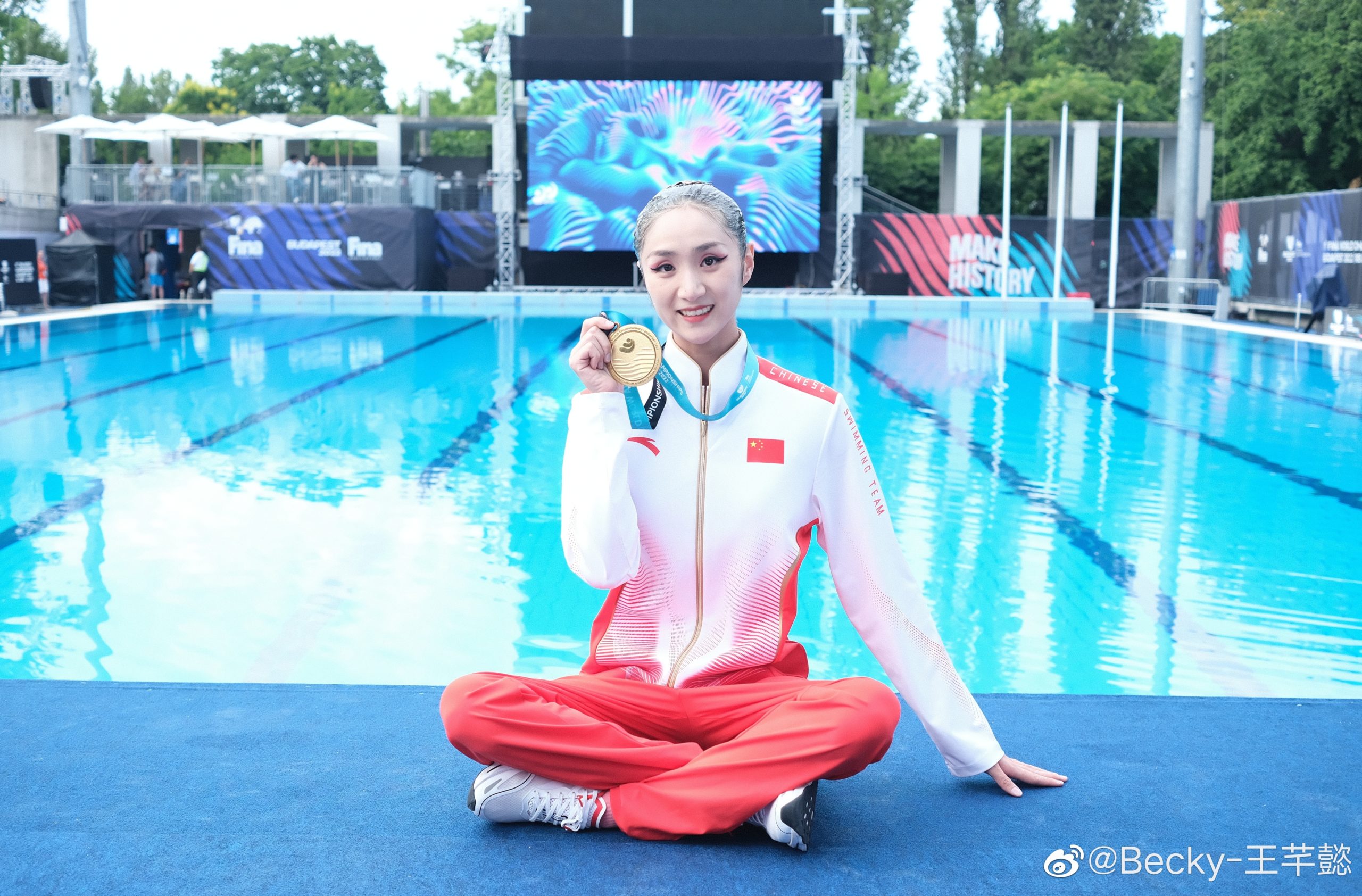 2021: Won silver in the team event at the Tokyo Olympic Games… Won a gold medal in team and a silver in duet with twin sister Wang Liuyi at the National Games of China.

2019: Won two silver medals in technical team and free combination at the 2019 FINA World Championships… Also competed at the China Open (gold in tech and combo) and Canada Open (gold in tech)… Served as alternate to the free team routine the entire season.

2017: Made history by winning gold in combo at the world championships… Won silver in the technical team and was alternate to the free team.

Click here for all coverage related to Wang Qianyi.