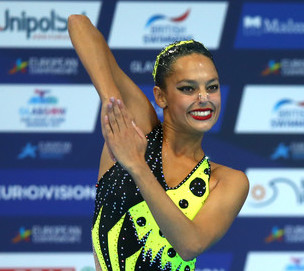 2020: Announced her retirement in January after not being selected for the Olympic duet.

2019: Made history for Israel and helped qualify to the nation to four world finals at the World Championships… Placed sixth in highlight, seventh in free combination, 12th in technical and free team there… Won two bronze medals in free combination and highlight at the European Cup… Also finished fifth in technical and free team there…. Swam across team events in three world series meets – Paris, Alexandroupolis and Barcelona… Served as alternate to the duet routines all season.

Click here for all coverage related to Yael Polka.