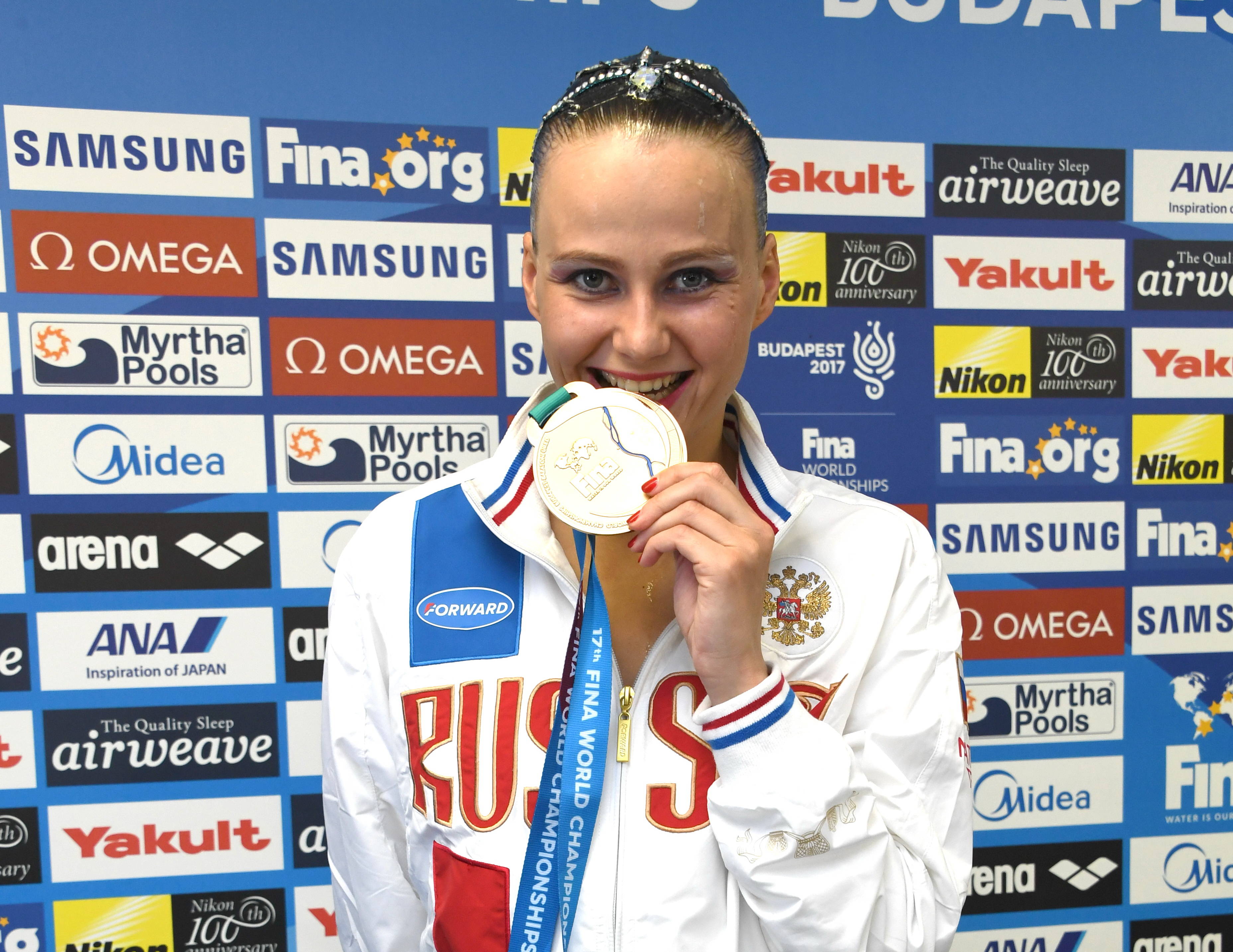 2021: Olympic Gold medalist in the team event in Tokyo… Swam in the technical team event at the third World Series stop in Kazan… Withdrew from the European Championships because of illness.

2017: Two-time World champion in technical and free duets in Budapest, Hungary… Made her debut in the duet for the first time in her career.

Click here for all coverage related to Aleksandra Patskevich.