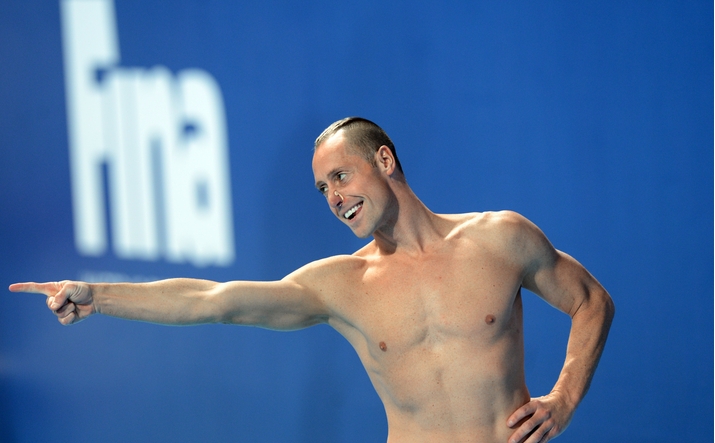 Pioneer for the inclusion of men in synchronized swimming… 2015 World champion in technical mixed duet with Christina Jones and silver medalist in free mixed duet with Kristina Lum-Underwood… Two-time 2017 World bronze medalist in both mixed duet events with Kanako Kitao… Has been on the international stage since the late 90s but wasn’t allowed to compete at a major international event until 2015… Member of the 2004 U.S Olympic Team training squad but was not allowed to compete in Athens… Retired from elite in 2004 until the inclusion of mixed duets at the 2015 FINA World Championships which he came back for… Won silver at the 1998 Goodwill Games in duet with Kristina Lum… Barred from competing at  the 1999 Pan American Games because of his gender… Works full-time at the Cirque du Soleil ‘O’ show in Las Vegas… Announced second retirement after the World Championships in 2019.

2021: Competed in free solo and as part of the highlight routine at the virtual World Series hosted by the U.S… Became the first man to swim in a national team routine in a FINA-sanctioned meet.

2019: Placed fourth in technical and free mixed duets at the 2019 FINA World Championships… Announced his retirement from elite after that competition… Also competed in technical mixed duet at two world series stops, the U.S. Open and the Spanish Open.

2018: Saw little action internationally… Only competed at the Hellas Beetles Cup in free solo where he won gold.

Click here for all coverage related to Bill May.