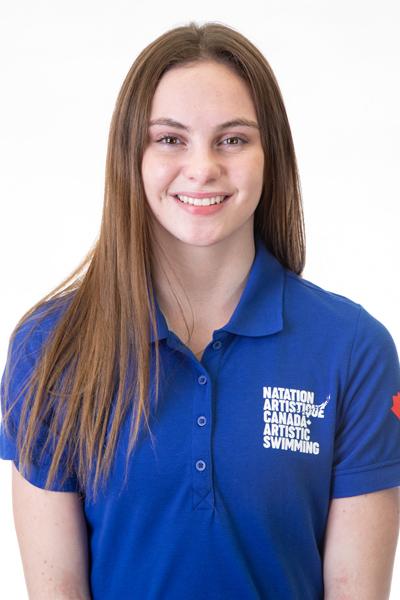 2022:  Did not compete internationally… Enrolled at the Ohio State University.

2021: Placed sixth in team at the Olympic Games… Competed as part of the team and highlight routines at the World Series Super Final.

2018: Swam at the Junior World Championships…Finished sixth in free solo and free duet, seventh in technical and free team, eighth in technical solo and technical duet… Also competed at the French Open with her province team.

Click here for all coverage related to Emily Armstrong.