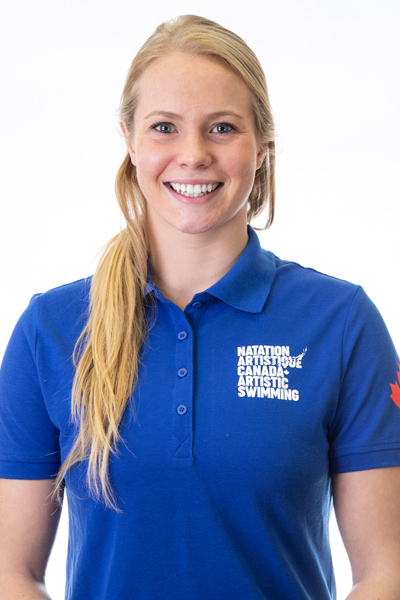 2021: Placed fifth in duet and sixth in team at the Olympic Games… Competed in the solo, duet, and team routines in the World Series Super Final… Also swam in solo and duet in the Budapest leg, and in solo in both virtual events.

2019: Won gold in duet and team at the Pan American Games and qualified the country to the Olympics in both events…Placed fourth in highlight, fifth in technical and free solo, sixth in technical duet, seventh in free duet, technical team and free team at the FINA World Championships… Competed in five world series events – Alexandroupoli, Tokyo, Beijing, Greensboro, Quebec City – and the Super Final in Budapest… Helped Canada win the overall world series title.

2018: Competed at the Canadian Open and Synchro America Open…Swam in the solo, duet and team events, and won three silver and seven bronze medals across both competitions… Paired with Claudia Holzner in duet most of the season except in technical duet at the Synchro America Open where she swam with Halle Pratt.

Click here for all coverage related to Jacqueline Simoneau.