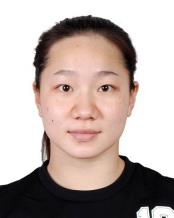 On the senior national team since 2014… 2016 Olympic silver medalist in team… Seven-time world medalist…Competed at the 2015, 2017 and 2019 FINA World Championships… Member of the free combination that won the nation’s first ever world gold medal in 2017… Two-time gold medalist at the 2014 Asian Games.

2021: Won bronze in free combination at the National Games of China… Did not compete internationally.

2019: Won a silver medal in free combination at the 2019 FINA World Championships… Also competed at the China Open (gold in tech and combo)… Served as alternate to the technical and free team routines the rest of the season.

2018: Listed as member of the Chinese squad for the Asian Games but did not compete… Earned silver in the technical routine at the French Open.

2017: Made history by winning gold in combo at the world championships… Won silver in the free and technical team… Swam in duet with Sun Yijing for the Shanghai province at the German Open.

Click here for all coverage related to Tang Mengni.