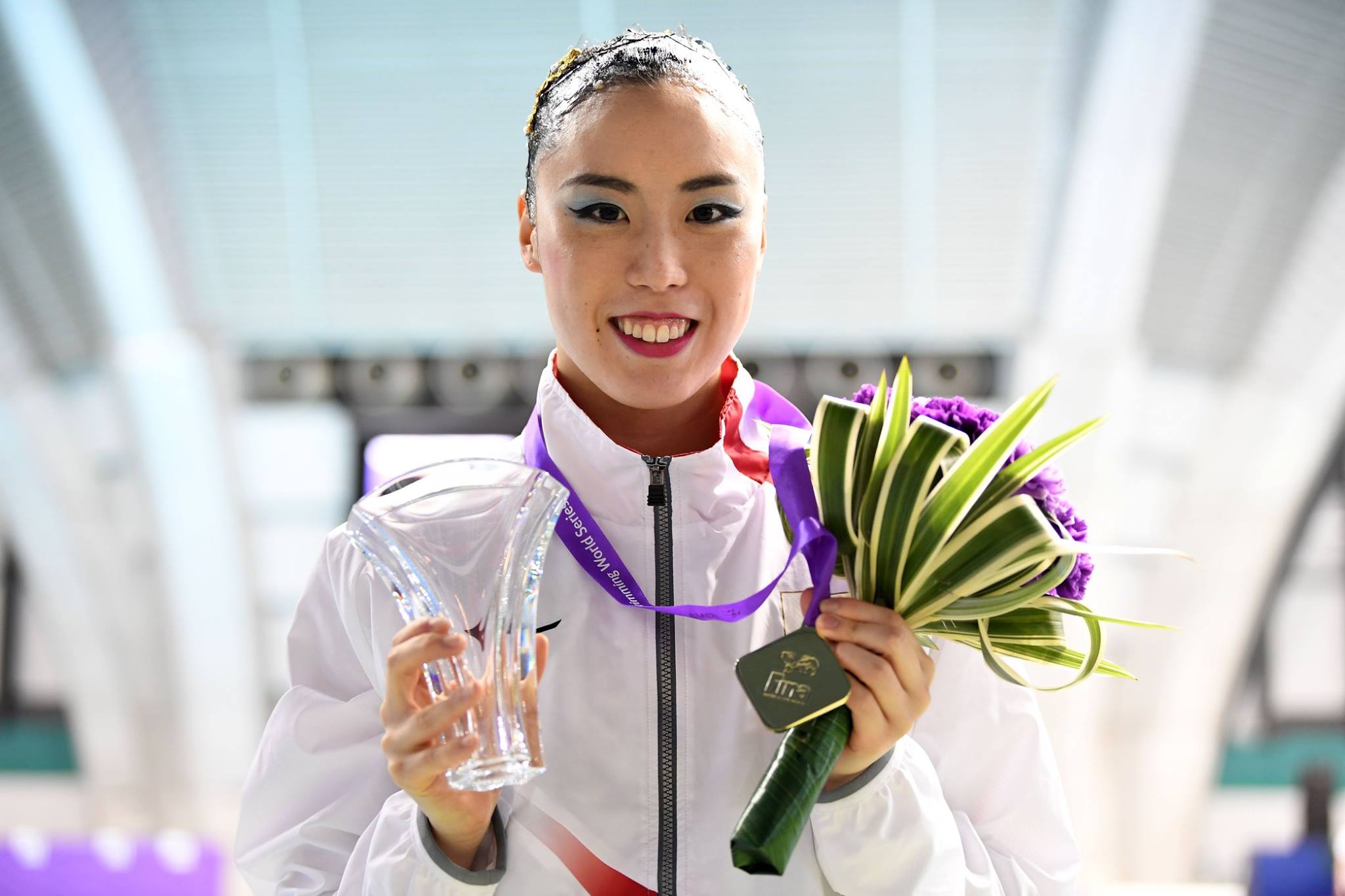 2022: Won gold in technical solo and free solo at the World Championships, the first titles in the solo events for Japan.

2021: Finished fourth in duet and team at the Olympic Games… Swam in both duet and team routines at the World Series leg in Kazan.

2019: Won two bronze medals in technical and free solo at the FINA World Championships… These were her first world medals in the solo event… Placed fourth in technical duet, free duet, technical team, free team and free combination there as well… Also competed in four world series meets as part of the solo, duet or team routines – Paris, Tokyo, Greensboro and Quebec City.

2018: Competed in seven events all season… Won two silver in duet and team at the Asian Games… Started the season with Kanami Nakamaki but was paired with Megumu Yoshida following Nakamaki’s departure… Competed in three world series meets – Paris, Tokyo and Surrey.

2016: Won two bronze medals in duet and team at the Olympic Games in Rio…Won six gold medals at the Asian Championships… Also swam at the Japan Open.

Click here for all coverage related to Inui Yukiko.