At the 2016 Olympic Games, Natalia Ischenko and Svetlana Romashina reinforced their status as two of the best synchronized swimmers ever. In Rio, both won their fifth Olympic gold and tied for most decorated synchronized swimmer ever with former teammate Anastasia Davydova. After this incredible feat, they each announced they will be taking a break from the sport. This sounded all too familiar, as it already was the case following the 2012 Olympics. Will they come back or won’t they? For now, the answer is up in the air, and Russia is faced (again) with the challenge of putting up a new duet that will at least match the expectations Ischenko and Romashina have set over the years.

A few weeks ago, Russia’s duet coach Tatiana Danchenko announced that the new pair will be made of Svetlana Kolesnichenko and Aleksandra Patskevich. Will these two be up to the challenge of replacing Ischenko and Romashina? Short answer, yes, probably.

While we will all undoubtedly miss the magic of Ischenko and Romashina, a pair that has been together on the senior scene on and off since 2009, the Russian team is so deep and talented that it should not be worried about losing its #1 status anytime soon.

Kolesnichenko has already been tested in the duet event in 2013, when Ischenko took a break from synchro and had her first child. Kolesnichenko was then paired with Romashina in the free duet for the 2013 World Championships, where the two competed the famous, surprising and high-energy Rock’n’Roll routine.

In 2014, Romashina was limited in her training and decided to focus on the solo only for the European Championships. Kolesnichenko was thus paired with Daria Korobova, and this new duet continued the Russian tradition of winning every competition it entered, and made a strong impression in Berlin.

With the return of Ischenko to training in 2015, the duet with Romashina was resurrected, and Kolesnichenko was relegated to swimming only team events. She however continued her successful senior career, and participated in her first Olympics in 2016 where she won gold with the team. To see her named again to this duet squad was anticipated and should not come as a surprise considering her past experience in that event. 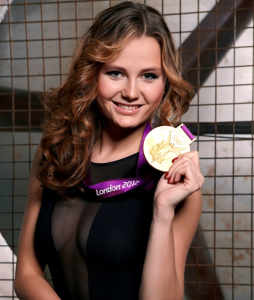 What was awaited was the announcement of who would be her new duet partner. Aleksandra Patskevich is a veteran in this Russian team. Patskevich won gold with the team in 2012 and 2016, and has been a staple of the roster over the last few quads. She has been a member of the senior national team since 2009. Picking her as one of the new duet member appears to be a logical decision, as she is one of the leaders of the team and has extensive international experience.

Will this new pair be able to handle the pressure? Certainly. I can’t imagine this pair not winning, as is expected of Russia all the time anyways. Both swimmers know what it’s like to compete on the biggest stages of our sport, and they also know how to deal with the expectations that will come with representing their country in the duet category.

The international field the year after the Olympics is always interesting as basically every nation is facing a turnover and is introducing new duets and swimmers to the senior scene, and Russia’s main competitors China and Japan are also having to create new duets.

I can’t say if this will be the Russian duet for 2020, as it depends on the hypothetical returns of Ischenko and Romashina, but also on the next generation that is coming up and looking so strong (hello, Varvara Subbotina). It will be hard to top the wonderful “Mermaids” duet that Ischenko and Romashina presented us in 2016, but I am excited to see how these two will do and what routines they will show us in Budapest at the World Championships this summer, or potentially earlier at the European Cup.